I love Justified.  It just may be my second favorite TV show ever, after The Wire.  The dialog is just amazing.  For example, Raylan talking to a couple of thugs sent by the crime boss’s incompetent son:  “And he keeps you around so he won’t always be the biggest asshole in the room.”  Can’t tell you how many times that would have been a fun, accurate, but sadly unprofessional thing to say in various meetings I’ve attended.   And it doesn’t start to capture the Sorkinesque speed and beauty of most of the conversations.

When Walton Goggins gets going as Boyd Crowder, you become convinced it’s your patriotic duty to vote for his corrupt candidate for sheriff rather than the other, equally corrupt, guy.   (Note this is apparently taped direct from some dude’s TV.   Fair use?  I think so!)

This show should sweep the Emmys.  But most of all, it deserves an Emmy for Dickie Bennett’s hair: 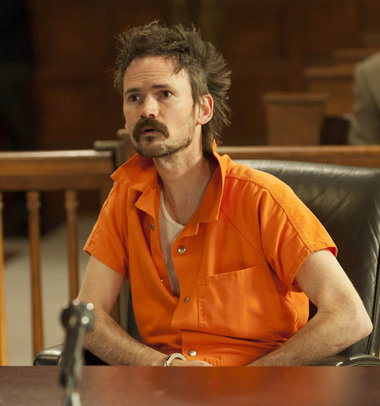 1 thought on “Is there an Emmy for hair?”