First, a confession:  I am the farthest thing from a cyclist.*  I own a clunky purple bicycle with upright handle bars and two scruffy panniers.  I ride not in spandex but in dorky jeans with one cuff rolled up or — even more fashionistically — rubber-banded.  My cycling is limited to a one mile radius of my house, and consists 90% of biking to meet with my co-counsel at the University of Denver law school (.5 miles) in good weather.**

I’m providing this long-winded disclaimer because I’m about to go ballistic in defense of cycling.

WTF is it about cycling that makes conservatives so irrational?  I mean, more irrational than usual.***  I blogged earlier about one Dorothy Rabinowitz who believed that a privately-sponsored bike-share program was a totalitarian plot to “begrime” the city of New York.

After Ms. Rabinowitz was widely ridiculed — including a Daily Show segment — she responded.  As I’m sure you’ll be shocked to learn, the rationality quotient was not noticeably higher than in her earlier rant.  Ask the police, she said, “[t]hey know the  . . .  helpless screams.”  Helpless screams?  Of bicycle victims?  As my cousin Sproule pointed out — in my first guest post!**** —

But Sproule is probably just one of those cyclists “careening down the sidewalk in all of his splendid self-affirming environmental helpist mood . . .”  “Helpist?”  “Helpist???”  You know when a conservative puts an “ist” on the end of a word, that means it’s a bad thing, so we’ve reached the apotheosis of Randian libertarianism, I guess, when helping is a bad thing.

Look at these bicyclists, as if they belong to a bizarre cult that worships two-wheel transportation, not a traditional God, not Jesus or Allah, or Jehova, not the Father, Son, and Holy Spirit, they’re like a pagan group, but they don’t even worship trees. Or nature. But they worship two-wheel transportation. And they have their vestments that they wear, their skintight brightly colored clothing, that you don’t see anywhere else, just like in church … you only see this kind of clothing when they’re on the bike in the midst of their worship. They want to be in a special cult.

This is oppressive. I mean, we’re being held hostage by a minority. It’s the tyranny of the micro-minority here.

there comes a tipping point where drivers are going to stop putting up with this garbage. Toll lanes. Carpool lanes. Bike lanes. Everything but lanes for cars where we can drive freely.

That’s right, let’s stop the fascistic imposition of bike lanes and carpool lanes on our naturally-occurring, capitalistically-financed, individualistically-maintained, Ayn-Rand-approved, wtf-are-you-talking-about public fucking streets.  We made a series of public decisions that we would all pay to create and maintain streets and highways for these assholes and their cars (and, um, my car too – thanks!), that we’d pay police to monitor them, and that we’d all get to breathe their exhaust whether we like it or not.  We’re now making public decisions to accommodate and promote other, less dangerous, less noxious forms of transportation, and it’s totalitarianism and hostage-taking?

What is it about bicycles that makes conservatives lose their shit?  I think New York Magazine has the answer, in a helpful Venn diagram: 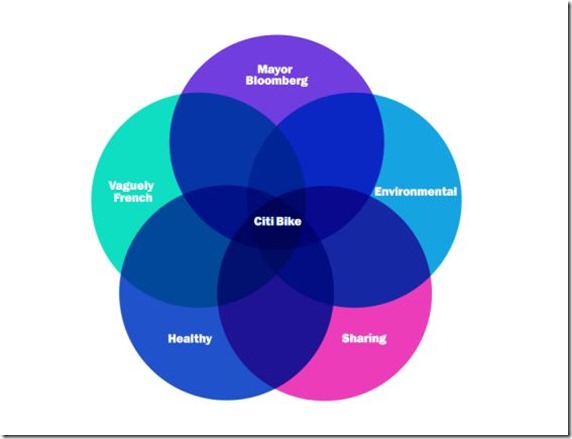 *What’s the proper term here?  I said “biker” once and was informed that that term is limited to big hairy guys on motorcycles.  “Bicyclist” seems sort of formal.  “Cyclist”?  “Badass mofos on two wheels?”

** In bad weather, I somehow always find a good excuse to drive, which is especially embarrassing because large numbers of students drive from somewhere else in the Denver metro area, park at the end of our street, and walk to the school.

2 thoughts on “What is it about bicycling?”