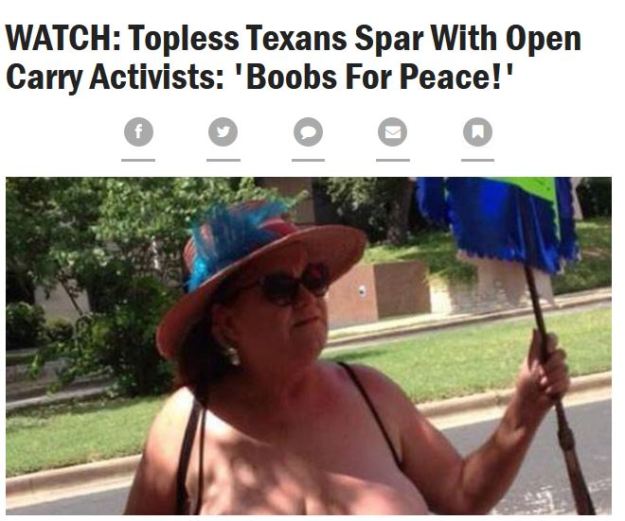 And “Satanists Cite Hobby Lobby for Exemption from Anti-Abortion Laws.”

New York City recently started a bike-share program.  It’s my understanding that the program is sponsored by Citibank — a capitalist institution last time I checked — and that participation is voluntary, that is, no one is being forced by brownshirts to ride borrowed bicycles.

According to Wall Street Journal editorial board member Dorothy Rabinowitz, I may have this all wrong.*

“Do not ask me to enter the mind of the totalitarians running this government of the city,” Rabinowitz said when asked what she thought was the motivation behind the program.

“Look, I represent the majority of citizens. . . .The majority of citizens of this city are appalled by what has happened and I would like to say to people who don’t live in New York that this means something much more than the specifics of this dreadful program. It means: envision what happens when you get a government that is run by an autocratic mayor or other leader and a government before which you are helpless. We now look at a city whose best neighborhoods are absolutely begrimed, is the word, by these blazing blue Citi Bank bikes — all of the finest, most picturesque parts of the city. It is shocking to walk around the city to see how much of this they have sneaked under the radar in the interest of the environment.”

“Begrimed”? Is that even a word? And here is the scene that Ms. Rabinowitz finds begrimy:

There are plenty of things in NYC that might properly be called grimy — though it’s possible that Ms. Rabinowitz does not encounter any of them between the limo and the doorman — but this does not seem to satisfy any common language definition of the term.

What this is, of course, is another example of Conservative Linguistic Debasement:  “totalitarian” simply means “something a conservative does not like.”  It doesn’t have to relate to “a political regime based on subordination of the individual to the state and strict control of all aspects of the life and productive capacity of the nation especially by coercive measures.”  It just has to piss off a conservative.

* Having sat through most of the video editorial, I agree with James Fallows: “Henceforth when you read the Journal‘s editorials, I invite you to hear this voice, expression, and tone. . . . Onion writers, watch and weep.”