As most of the world knows by now, the white Republican men of the Senate voted to silence Sen. Elizabeth Warren when she attempted to read a letter from Coretta Scott King.  Majority Leader Mitch McConnell stated, “She was warned. She was given an explanation. Nevertheless, she persisted.”

It’s now a badge of honor, not to mention accurate description of the persistence of the women who have broken barriers in a wide variety of fields.  Herewith, my small contribution:   Nevertheless, she persisted, disability rights division, with an emphasis on ass-kicking disability rights sheroes I know and love, and a few I love but don’t know, but wish I did.

Update: more #persistent women added below; will try to keep adding, but there are so many of you!!!

Robin Stephens and Laura Hershey.  [Image: two light skinned women who use wheelchairs.  Robin in a flowered jacket and black shirt with short salt & pepper hair; Laura in a maroon jacket with brown hair using a vent.  With them, is a light skinned woman in a blue shirt.] 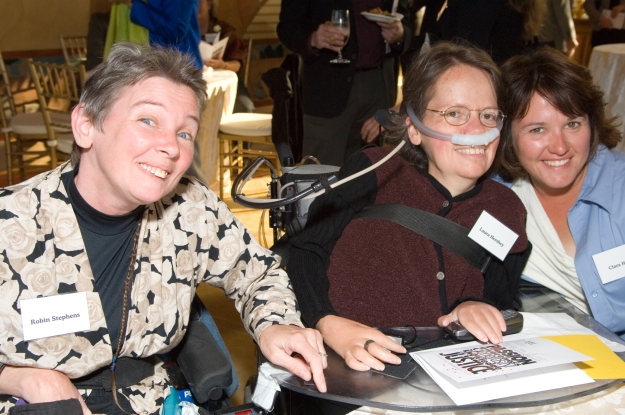 Julie Reiskin.  [Image: light skinned woman with glasses perched on top of her head, in wheelchair, hugging a golden retriever dog.]  I suppose I should have chosen a more professional photo of Julie, but Julie and Chinook were besties.

Haben Girma.  [Image:  dark-skinned woman with long hair, holding a keyboard and reaching out to a German Shepherd dog with a harness.] 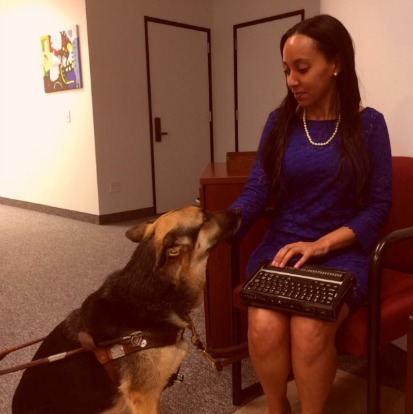 Stella Young.  [Image: small red-haired woman with a black dress and red polka-dot shoes, sits sideways in her wheelchair to smile a the camera.] 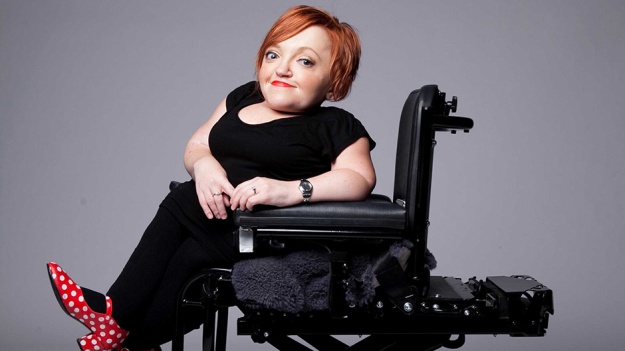 Tatyana McFadden.  [Image:  light skinned woman in striped tank top, sits in manual wheelchair in front of a set of steps that are painted with her image and the quote, “Anything that a person with disabilities wants to do, they have the right to do, and that can change the world.”] 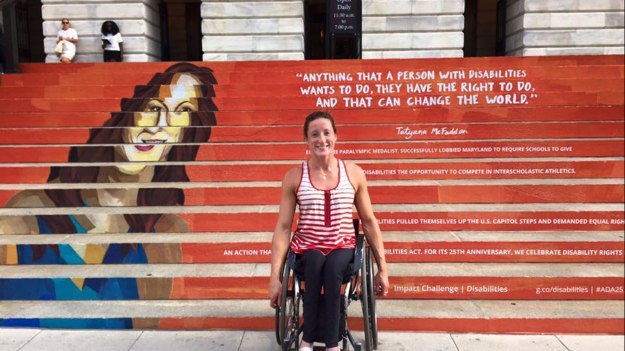 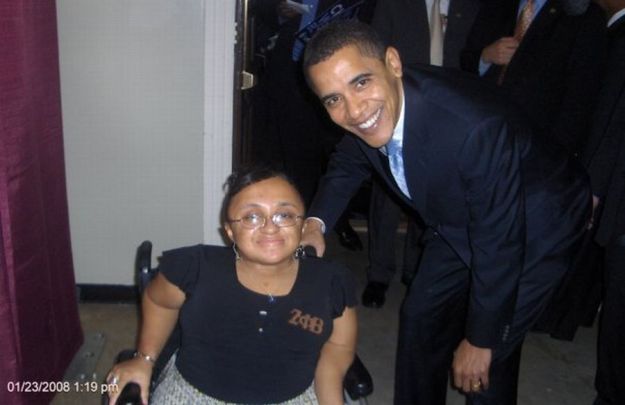 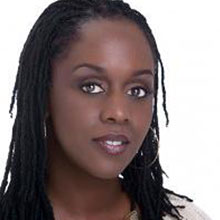 Becky Ogle.  [Image:  white appearing woman with short light hair, in a wheelchair, carrying what appears to be Justin Dart’s hat, surrounded by other people standing and using wheelchairs, and on the right, a uniformed officer speaking into a megaphone.]

With deepest appreciation for these and many other #persistent women with disabilities.