When I started my first photography class, the instructor asked us to state what style of photography we were interested in.  What was stunning to me is that the rest of the class (“Digital 101″) had answers.  That is, they each knew the name for the styles they were interested in and rattled it off for the class.  I thought to myself, “random shit and southwestern colors,” but those didn’t appear to be standard categories.  I listened to my classmates, chose two that sounded close, and replied, “landscape and architecture.”  Everyone nodded knowingly, that is, knowing more than I did about the styles of photography to which I had just randomly pledged my interest.  Well, not totally randomly because — as I think I’ve mentioned — I determined quickly that my photographic interests do not include “portrait.”

One of the other things I’ve found interesting and sort of unexpected is the question of when and how much to stage a photo. 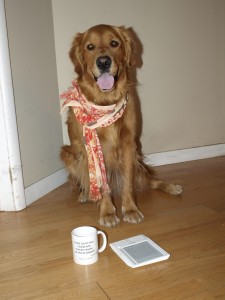 Now obviously, Saguaro doesn’t wear glasses or read a Kindle,* so I do a bit of staging when I’m goofing around.

But I was a bit taken aback at how much the instructor seemed to assume that we would be rearranging the scene before us, and not just by asking the owner of the naked behind we** were photographing to clench.  When your preferred photographic genre is random shit, however, you can’t stage.  It’s right there in the rulebook.  It has to be random.

So when I found this excellent collection of randomness and color on Santa Fe Drive, 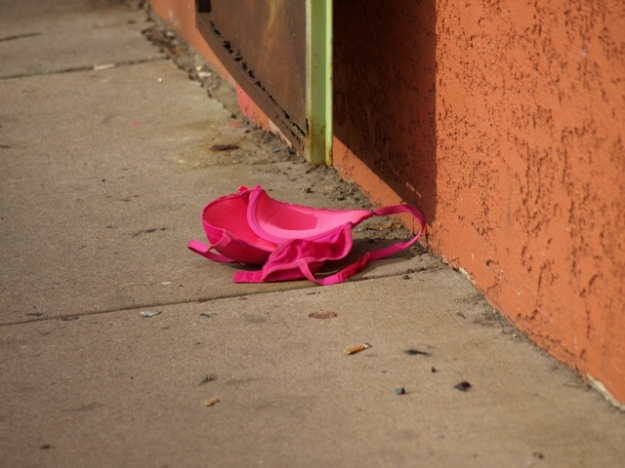 I knew it was a perfect shot for me.  And you have to trust me, that’s just how I found it.  Possibly TMI, but I don’t even own a bra in that color.   Nor does Tim.  Nor either of the dogs.  Herewith a couple of other random photos, with many more to follow, I’m sure. 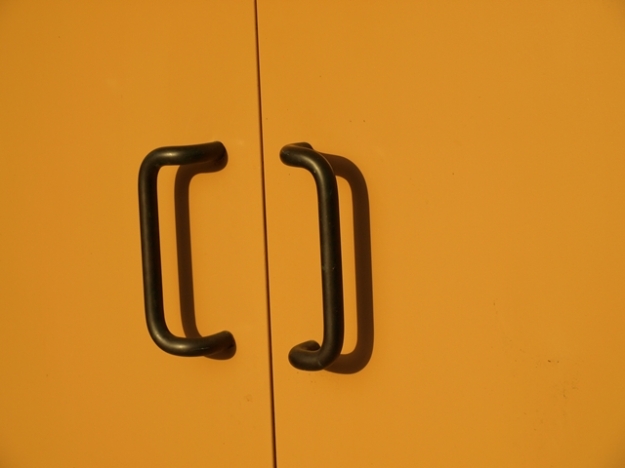 ** The editorial we.  I’ve never actually photographed a naked behind.***