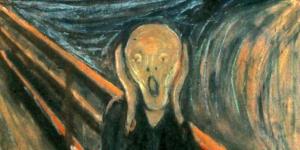 My first blog post* — presciently titled “In which I start my new blog by offending everyone” — discussed the fact that ostensibly right-thinking people, who have banished from their vocabulary epithets based on race, gender/identity, religion, national origin, and sexual orientation are still more than willing to toss around epithets based on disability.  And when you call these paradigms of liberal open-mindedness on this insulting inconsistency, you get a very consistent reaction:  that’s just one too many interest group’s feelings to keep track of.

This is such a consistent reaction it needs a name:  Micro Aggressor Dramatic Overreaction Syndrome.

Yesterday, I had this email exchange with a well-respected older, white, male, lefty plaintiff’s lawyer — let’s call him “Joe” because, I promise you, that’s not his name — starting with a post to a listserv about what one person might have known about another:**

Joe (to listserv):  I know that love is blind, but I don’t think it’s blind, deaf and dumb.  (Apologies for use of non-PC references to visual, auditory and speech disabilities.)

Me (in a private email to Joe):  C’mon Joe: “ I know that love is blind, but I don’t think it’s blind, deaf and dumb.  (Apologies for use of non-PC references to visual, auditory and speech disabilities.)”   You know we love you, but that’s really not OK.  I always try to do the protected-class switcheroo:   would you have said something demeaning about a person of color, LGBTQI person, etc, and then excused it as “non-PC”?  Thanks.

This, of course, would have been a good time for Joe to say “oops, I fucked up” or “sorry, I didn’t think about it that way.”  Instead, he doubled down and displayed a classic case of Micro Aggressor Dramatic Overreaction Syndrome:

I was trying to inject a note of levity, although that note might have been flat.

Of course, I did not mean that love is literally blind.  Obviously, the term “blind” is a metaphor.  So is the word “blind” in the saying, “There are none so blind as those who will not see.”  That refers to people who will not see, in a volitional sense, not to those who cannot see, who have a severe vision disability.

My use of “deaf” and “dumb” was also metaphorical, although in this case it might have been volitional as well.  [Did the witness choose not to know?]**

Maybe I’ll just swear off metaphors.  They can be treacherous.

“Oh poor me!  Instead of thinking about people with disabilities as human beings instead of metaphors for failure, I’ll just swear off metaphors!”  Micro Aggressor Dramatic Overreaction Syndrome.  And of course, it’s the metaphoricalness (metaphorocity?) that’s the problem:  he invokes disability as a negative quality of someone who apparently refuses to recognize a bad fact about someone else.

You don’t have to swear off metaphors; only those based on negative associations with protected classes.  I’m guessing you wouldn’t metaphorically call someone an “Indian giver,” or use the term “Jew him down,” or “n****r in the woodpile.”  All of these are metaphors that we have long ago left behind – with good reason.  Disability metaphors are some of the last to go, but I think it’s time to leave them behind too.

Thanks for thinking this through.

No response, which I suppose is as it should be:  we’d each said our piece.  I said this two years ago and I’ll say it again:

I’m done. I’m done being polite.***  I’m done shutting up about good liberals who seem to get every sort of civil rights and civil liberties except the equality of rights, respect, and dignity of our brothers and sisters with disabilities.  I’m done with disability rights as a “when we get around to it” right.  I’m done with people who are willing to use respectful terminology except — *big sigh* — avoiding using the word “retard” is just one step too far toward thought control.  And I’m done with “civil rights” law firms in inaccessible offices and “civil rights” lawyers who don’t hire interpreters.  I’m done.

*Not actually THE first blog post — which was, of course, “Hello, World!” — but next after that one.

**Eliding any information that might actually relate to the case in question.

***Yes, I know, there is clear and convincing evidence that I was done with politeness, as a general matter, a long time ago.