As most of you know by now, Trump fired FBI Director James Comey last night.  He commissioned a rationale from the Department of Justice, which he presented to Comey with a cover letter from Attorney General Sessions.

Here is the first sentence of Sessions’s letter:

As Attorney General, I am committed to a high level of discipline, integrity, and the rule of law to the Department of Justice.

This is inconsistent with the oath of a civil servant, whose first duty is to the rule of law:

I, ——–, do solemnly swear (or affirm) that I will support and defend the Constitution of the United States against all enemies, foreign and domestic; that I will bear true faith and allegiance to the same; that I take this obligation freely, without any mental reservation or purpose of evasion; and that I will well and faithfully discharge the duties of the office on which I am about to enter. So help me God.

The attorney general takes that same oath.  (TW:  This links to the swearing in of Attorney General Loretta Lynch, which may cause fatal levels of nostalgia for the decency, fairness, and the rule of law.)

Hell, even the oath Sessions took to become an attorney in Alabama requires him to support the United States Constitution (albeit second to the Alabama Constitution — I suppose just in case they secede again) and nowhere speaks of “discipline.”

I, ————, do solemnly swear (or affirm) that I will demean myself as an attorney, according to the best of my learning and ability, and with all good fidelity, as well to the court as to the client; that I will use no falsehood or delay any person’s cause for lucre or malice, and that I will support the constitution of the State of Alabama and of the United States, so long as I continue a citizen thereof, so help me God.

I was interested to learn that Sessions has also sworn not to “delay any person’s cause for lucre or malice.”  Let’s see how that plays out in the Trump/Russia investigation.

Ultimately, Sessions is a mean, insecure, racist punk.  His need for discipline reveals a lifetime spent fearing independent or abstract thought, essential to support and defend principles instead of people.  He’s the one of those little shits who always surround the school bully, egging him on.  Vincent Crabbe or Gregory Goyle to Trump’s Draco Malfoy. 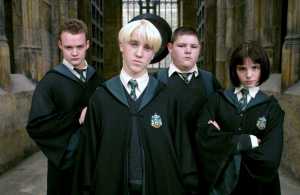 A recent article in Vox,  Taking Trump voters’ concerns seriously means listening to what they’re actually saying, ends where we need to begin.  It makes a very strong case for the proposition that Trump voters are not — as a matter of demographic fact — poor whites pushed to the economic edge by globalization or immigration.   They tend to be more affluent than Democrats, and were approximately the same as Cruz voters.

What’s needed is an honest reckoning with what it means that a large segment of the US population, large enough to capture one of the two major political parties, is motivated primarily by white nationalism and an anxiety over the fast-changing demographics of the country.

Yes, exactly.  But how do we do that?  We are not going to civilize this part of our population by telling them that they are anxious, evil, wrong-thinking racists.  (OK, of course, that’s what I’m doing here.  But I’m assuming no one reads this blog, especially anxious racists.)

What we need is something like an anxious white-person Thundershirt (TM), which works very well to calm our dogs when they start barking wildly at nonexistent things that freak them out. 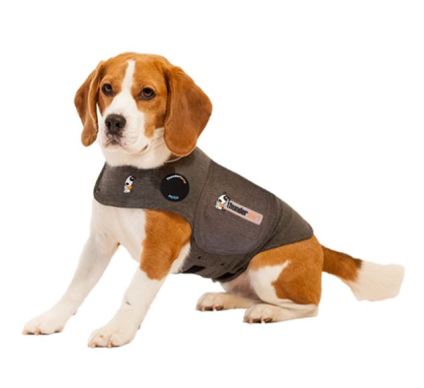 If that doesn’t work — or if anxious white people refuse to strap themselves into a tight, gray, felt-and-Velcro contraption — we need some hard thinking about how to make them feel like they belong in the multi-racial, progressive society we are on track to becoming.  Obviously, pandering to fear and racism is not the answer.  Nor is it appropriate to demand that the targets of Trumpist hatred (blacks, Muslims, people with disabilities, immigrants, women, anyone with a shred of decency) take on the task of being teachers, hand-holders, reach-outters, or kum-ba-yah singers for precisely the folks who are currently treating them like crap.

What, then?  How to raise the dialog, create an inclusive environment, and bring the Trumpists along with us?  This will be especially necessary after the election should Clinton win.  They will be even angrier, barking at even more outlandish imagined conspiracies.

This is a very real question that desperately needs an answer.

The deep story was a feels-as-if-it’s-true story, stripped of facts and judgments, that reflected the feelings underpinning opinions and votes. It was a story of unfairness and anxiety, stagnation and slippage—a story in which shame was the companion to need.

We may never know if Trump has done this intentionally or instinctively, but in any case he’s created a movement much like the anti-immigrant but pro-welfare-state right-wing populism on the rise in Europe. For these are all based on variations of the same Deep Story of personal protectionism.

My sense is that we should not be making fun of Trump voters.  I depart from Elizabeth Warren on this.  If we are going to be stronger together, we need to include these folks — not by pandering to their fears and prejudices but by respecting them as people (if not their views) and figuring out how to build a future that includes them.

Source: I Spent 5 Years With Some of Trump’s Biggest Fans. Here’s What They Won’t Tell You. | Mother Jones

Like many people I was appalled by Donald Trump’s apparent incitement to violence as part of the speech he gave in Wilmington, N.C. on August 9. On August 10, both the Washington Post and the New York Times led with reports on the implications of this speech, and both papers editorialized about it.

With a hat tip to linguists professor Geoffrey Pullum for the context, here’s what Mr. Trump said:

Many people, myself included, felt that this was a call to assassinate Hillary Clinton. In political speeches, as in stand-up comedy, timing is everything, and Professor Pullum’s insertion of the pauses is important. After Mr. Trump says, “Nothing you can do folks,” he pauses, as if he were thinking about what he had just said. As if he were saying to himself that possibly there is something that can be done [about his ridiculous claim that a president can single-handedly abolish part of the U.S. Constitution]. He then says, “Although the Second Amendment people, maybe there is [something you can do], I don’t know.”

The Trump campaign says that interpreting this as incitement to violence is nonsense. He was merely saying that people who value their Second Amendment privileges should be sure to vote in November. But if you watch the video of this passage of the speech (there are dozens on YouTube), you will see someone (red t-shirt or polo shirt) sitting behind and to the left of Mr. Trump whose jaw drops. He can’t believe Trump just said that. If you keep watching, you’ll see that this same guy breaks into a big smile and turns, laughing, to the woman sitting next to him. What’s Mr. Red Shirt thinking? “Wow! Did Trump just give us permission to go out and shoot Hillary?” Or is he thinking, “Yeah, he’s right. We gotta remember to vote on November 8.” As the sportscasters sometimes say, “You make the call.”

The Washington Post editorialized as follows:  “If Mr. Trump were not a major-party presidential candidate, his comment Tuesday might have earned him a stern visit from the Secret Service.”  The New York Times’s editorial reminds us of the New Hampshire delegate to the Republican Convention, Al Baldasaro, who said that Ms. Clinton should “be put in the firing line and shot for treason.” “That comment,” says the Times,” wound up on the Secret Service’s radar. Mr. Trump’s comment should as well.”

And then there’s subsection (3):

(3) a major candidate for the office of President or Vice President, or a member of the immediate family of such candidate

Ms. Clinton qualifies under three of the four subsections: immediate family of a former president, major candidate for president, and a person under the protection of the Secret Service.

So what’s going to happen to a person who “knowingly and willfully” threatens to kill, etc. someone listed in sections 1 through 4?

Shall be fined under this title or imprisoned not more than 5 years, or both.

Two things are pretty clear to me and to many other people: Donald Trump threatened the life of Hillary Clinton, and such threats are illegal and subject to fines, imprisonment, or both. Two major newspapers have said or implied that Mr. Trump should be at least investigated under 18 U.S.C § 879, but, somehow, I doubt that he will be. I would be investigated if I said that. You would, too. But probably not Donald Trump.

It has long been established …  that a party cannot force a judge to recuse himself by engaging in personal attacks on the judge.

. . . that CAIR (Council on American-Islamic Relations) published a photo of Donald Trump with a scattering of bullets next to his head.  How about a Black Lives Matter tweet with photos of police and bullets?  Heads would explode.  Pundits would rant.  Investigations would be launched.  Conservatives would be outraged.

But this?  It’s apparently acceptable for a leading conservative cause to use this image: 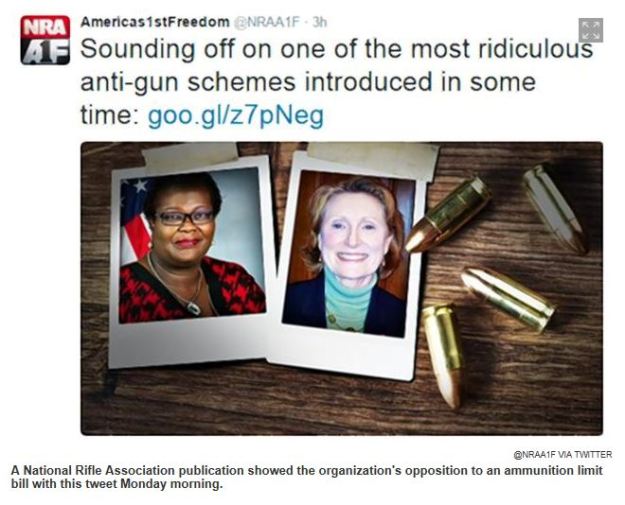 If I become president, we’re all going to be saying Merry Christmas again, that I can tell you.

The free speech clause and the establishment clause: both a mystery to Trump. Or maybe he’s just planning a bullyocracy.